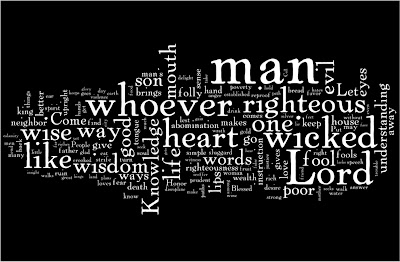 Here are some of my favourite adages (I'm no fool, they're not proverbs)


Empty vessels make the most noise - This analogy is applicable to Julian, a Frenchman who runs The Prince Albert Pub in Madeira. Mike Morgan - a pathologist and micro-biologist from Glasgow - and I, were having an interesting chat about evolution and humanity's obsession with gods and religion, when Julian decided to intervene with the surreal argument that humans were visited and influenced/educated by aliens or gods, thousands of years ago. In Julian's opinion, ancient civilizations were far too advanced to not have had contact with extra-terrestrials. He cited the great constructions of  buildings such as the pyramids and Aztec/Inca temples as examples of divine or alien help. When both Mike and I mentioned the far more impressive feat of termite mounds (the human equivalent to skyscrapers) built by tiny insects with no tools, just saliva and mud, and complete with underground farming chambers and air-conditioning vents, Julian decided to start shouting his views across the crowded pub and calling us close-minded and stupid.

Two wrongs do not make a right - This one reminds me of my son Mattie who one day, aged around 12,  had the bright idea to extend this saying with "but three lefts make a right" Smart boy

Virtue is it's own reward - I have often explained this to friends that I don't give to receive. When I help someone out it is because I like to help, It is not to ingratiate myself.

Hell hath no fury like a woman scorned - This one applies to an ex who, after 6 years still makes my life as difficult as possible

There is truth in wine - My mother once said you shouldn't judge a man until until you see him drunk. One piece of advice I'll always heed. Those whose nastiness becomes apparent with alcohol are nasty below the surface

Out of sight, out of mind - This one is dedicated to M, who, after an hour-long snogging/petting session in my car, drops the bomb-shell that she lives with her boyfriend whom she claims to love more than she's ever loved anyone before. Imagine if she didn't love him?

All that glitters is not gold - and another reference to the girl above!

You can't make an omelette without breaking eggs - and again dedicated to the above mentioned girl, when I pointed out the possible repercussions for her actions, should the love-of-her-life boyfriend find out and come after me. No one's breaking my eggs!

The early bird gets the worm - No, nothing to do with afore-mentioned girl! I like this one because I like the antonym even more; "but the second mouse gets the cheese"