When a Pastime Becomes Quality Time

Being back in the UK has enabled me to return to one of my favourite activities - Sports-Fishing in lakes and rivers with my buddy (son) and very talented angler, Matthew. 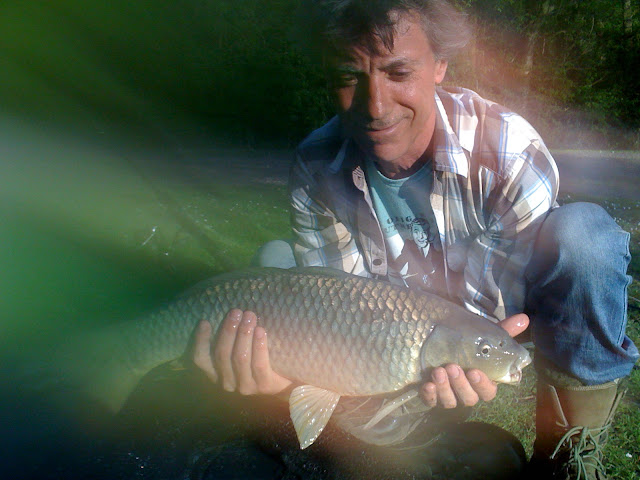 A day spent with Mattie on the banks of river or on an idyllic old manor lake such as Old Bury Hill, is a day well spent. In fact I can't think of anything I'd rather do.

Mattie and I get the chance to talk for hours, interrupted only by the frequent landing of fish and Mattie's desire to feed the many water fowl around, such as Mallard ducks, Canadian geese, coots, moor-hens and swans.

Yesterday I woke up at 5:15 (earlier than on a normal working day) to get ready for the 30 mile drive to our favourite lake, Old Bury Hill.  At 5:35 Mattie rang my mobile just to make sure I hadn't overslept.  By 7:00 we were ready to start fishing. 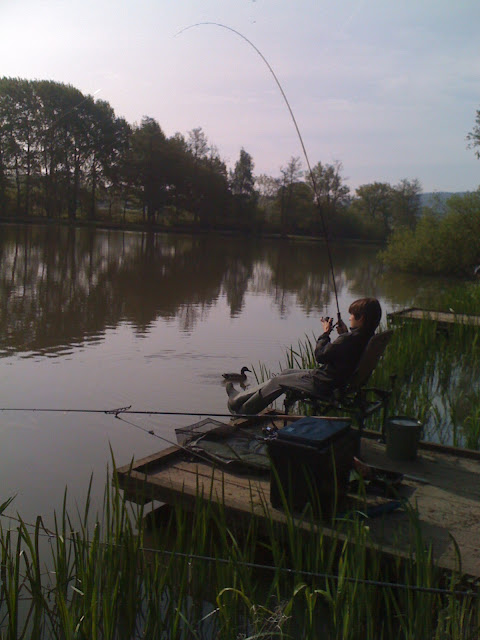 It wasn't long before Mattie got into the thick of the action - and went on to catch around 20 sizable fish (twice as many as I did).  Mattie has obviously picked up his angling skills from...er...me! 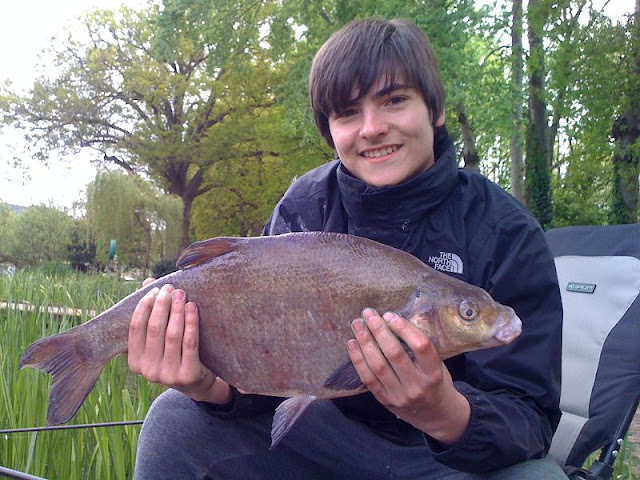 From a dozen bream... 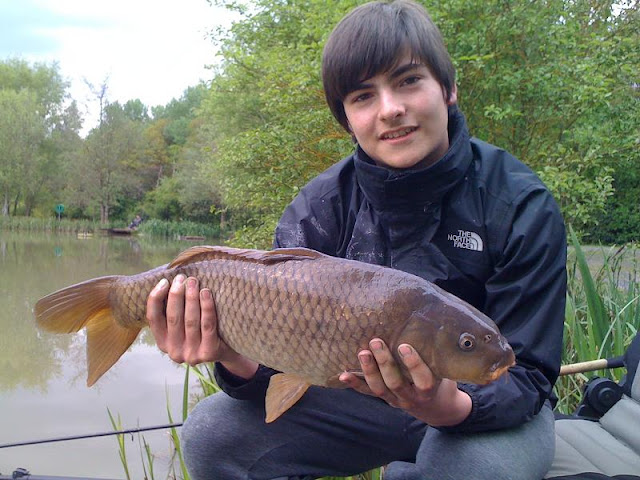 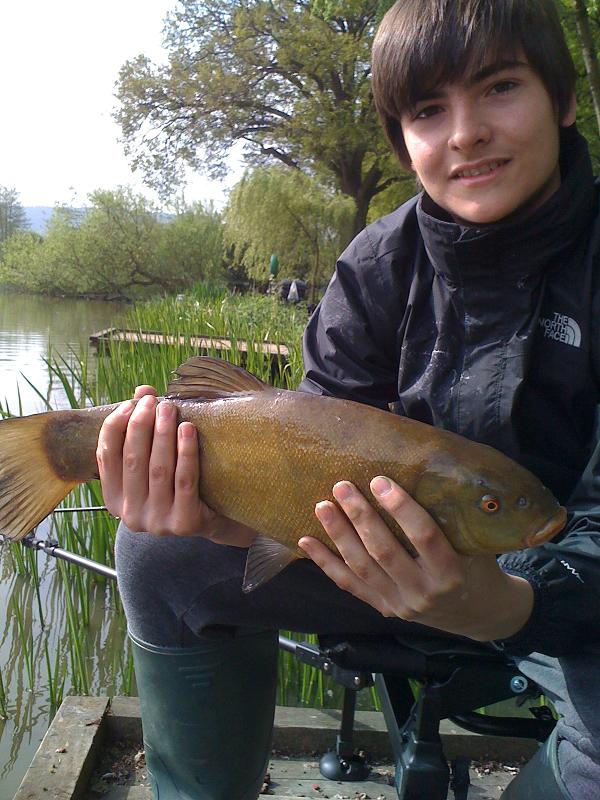 ...and a tench, made it the "first" time this pupil has beat his teacher. Needless to say I was delighted for him.

While on the subject of angling and just before anyone wishes to criticize the sport, I would like to remind you that fishing is NOT a cruel activity. Research shows, beyond all reasonable doubt, that fish do not suffer any adverse effects from being landed and released by sports anglers. There are many reports of the same fish being caught by different anglers on the same day, proving the fish have not suffered any trauma and resumed normal activity soon after being released. A fish's mouth is it's tool and strongest part of the body. The tiny pin prick caused by the hook is not detrimental to it's well being. If fish felt pain when hooked they would not pull against the hook and increase pressure. A bull or cow will follow whoever is pulling it by the rope attached to it's nose-ring - because it feels pain or discomfort if it doesn't. The very opposite of a hooked fish's reaction.

More importantly, angling allows us to fulfil the basic human instinct of hunter-gatherer. Just as a cat will hunt a mouse or bird, even when not hungry, the angler catches his quarry to hone his survival skills and satisfy his primal instinct to hunt.  As the old saying goes "give a man a fish and you will feed him for a day - give him the rod and line and he will feed himself and his family from then on."

And no, I'm not trying to convince myself.

Email ThisBlogThis!Share to TwitterShare to FacebookShare to Pinterest
Labels: Angling

Stephen Hawking: Even a Genius Gets it Wrong Sometimes

I was surprised and disappointed to read that Stephen Hawking (the cleverest man in the world...and an atheist ) has decided against travelling to Israel for a conference, after bowing to pressure from American professor Noam Chomsky and some 20 other academics. 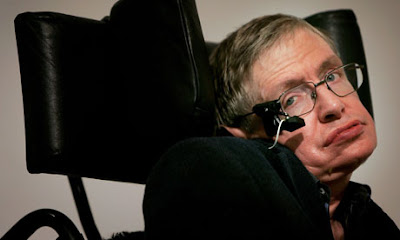 Chomsky's reason are, and I quote "Israel systematically discriminates against the Palestinians who make up 20% of its population in ways that would be illegal in the UK"

Chomsky is a hypocrite of colossal proportions by siding with the Palestinians who, incidentally, discriminate against their own women, or 55% of its population in ways that would be totally illegal in the UK.

While I'm the first to agree that Israel have over the years blatantly discriminated against the Palestinians, the same 20% who refuse to accept Israel's right to exist, I don't think an academic boycott serves any purpose whatsoever. In fact the sciences are about the only activity where Israelis and Palestinians work together - as equals.

Israel is not perfect by any means and has done many things wrong, as have all other nations, but at least it does not discriminate against its own women.

Israel is a democracy - Palestine probably never will be.

Judaism can and does co-exist with democracy - Islam can't.

Israel has more Nobel Prize winners than all of the Moslem world put together.

Come on Stephen, do as you had intended. Go to Jerusalem and spread your wisdom and atheism.Go to Israel and speak to both Israeli and Palestinian physicists who will welcome you and don't listen to the double-standard rhetoric of two-faced academics.

If you don't attend the Jerusalem conference the sensible people of the world, such as myself, will in future expect you to boycott all Islamic nations for the discrimination of women and gay people.

Oh, and by the way, Bill Clinton and Tony Blair are both going to Israel, and we all know those two care more for the human condition and have worked harder for social justice than pompous Chomsky and his geeky pals ever will.

Dear readers, your comments on this matter would be appreciated.